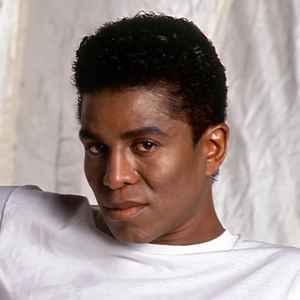 Real Name:
Jermaine La Jaune Jackson
Profile:
Born: 11 December 1954 in Gary, Indiana, USA.
He is also known as Mohammad Abdul Aziz Sharif since his conversion to Islam during the 1980s.

Jermaine was a member of the original The Jackson 5. In 1976 when they changed labels from Motown to Epic) via Philadelphia International Records, and were forced to rename the band The Jacksons. Jermaine, who was married to Hazel Gordy, daughter of the Jackson 5's Motown manager Berry Gordy, left the Jacksons to start a solo career.

He was replaced by Randy Jackson in The Jacksons. He had some success as a solo artist and officially rejoined The Jacksons in 1984, alongside his solo career, making it a sextet of Jackson brothers until their final split in 1990.

Always being a keeper of the flame, Jermaine is focused on moving beyond the music. He has formed companies and partnerships in the worlds of entertainment, hospitality, jewelry, watches and food and beverages to make his dreams come true and turn his creative concepts into reality.

October 30, 2011
Can anyone confirm jermaine Jackson's middle name ?? Cos it's different from both english & french Wikipedia file.
See 1 reply