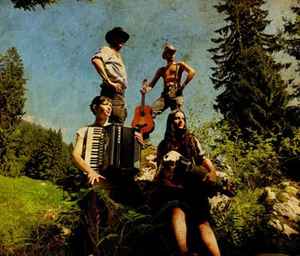 Profile:
Fräkmündt is a Folk music project active since 2010. The define their style as Swiss Ur Folk. Fräkmündt reinteprate old Swiss songs but also create new ur-alpine music, based on the inspiration from sagas, nature, historical places and traditional ceremonies.

Fräkmündt was the old name of a mysterious mountain in the heart of Switzerland which is connected to uncountable sagas. It was re-named to Pilatus after a legend, telling that the corpse of Pontius Pilatus was thrown into a lake on the eastern mountainside in order to tame his restless and furious spirit. Also, many sources speak about dragons living in caves inside the mountain, the wild hunt haunting its chasms and witches roaming the woods beneath it.