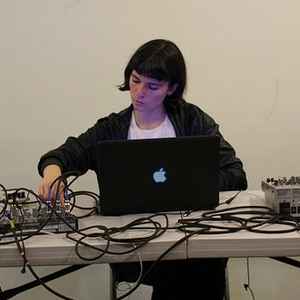 Profile:
Californian composer Madalyn Merkey is an artist performing in acoustic research and live computer music. Her practice began as a visual artist at the School of the Art Institute of Chicago, where she transitioned to sound and time-based art.

Two albums of her experiments with voice, Scent (2012) and Valley Girl (2014), have been released on Matt Mondanile’s New Images imprint. Merkey’s digital voice processing has a sensational effect, with the human voice modulating between foreground and background, creating an unusual occurrence in identifying the sound source. Recent projects combine traditional instruments and electronics in live performance. In observing the acoustic principles of an instrument, she designs a real-time synthesis program to generate complementary timbral events and contrasting scales. This survey has led to an ongoing series of site-specific electronic music performances, in which principles of location, room acoustics and surround sound, are the foundation to develop sound material.
Sites:
crossseeing.info, SoundCloud, Twitter
In Groups:
Bored Women