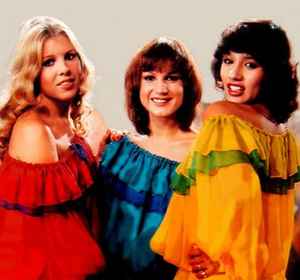 In 1980, Patty Brard was replaced by Ria Thielsch. In early March 1981, Luv' disbanded for the first time. The female pop trio went through line-up changes and the original singers reunited several times.

May 1, 2008
Luv's first single was called 'My man' and was released in June 1977. In the Netherlands it missed the top ten by not much. The follow up in December 1977 was Dream, dream which didn't enter the charts at all. 1978 was Luv's biggest year. In the Netherlands and Europe they reached two number one hits: You're the greatest lover and Trojan horse. Succes for Luv started in 1978 and not as said above in 1979.
See 1 reply