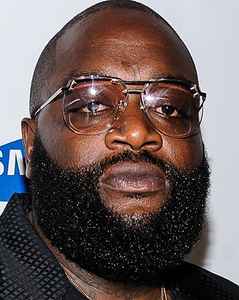 William Leonard Roberts II was born in Clarksdale, Mississippi, and raised in Carol City, Florida. After graduating from Miami Carol City Senior High School, he attended the historically black college Albany State University on a football scholarship. Roberts worked as a correctional officer for 18 months from December 1995, until his resignation in June 1997.

In his early years at Suave House Records, Roberts initially made his debut under the pseudonym Teflon Da Don. He made his recording debut on the song "Ain't Shhh to Discuss" on Erick Sermon's lone album for DreamWorks, Def Squad Presents Erick Onasis. In the mid-2000s, he changed his name to Rick Ross. He derived his stage name from the former drug kingpin "Freeway" Rick Ross, to whom he has no connection