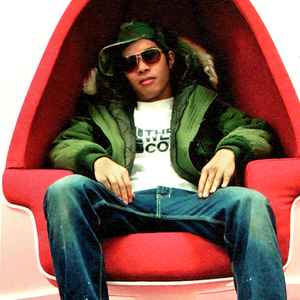 Real Name:
Edward Ma
Profile:
Before he was edIT, indie hip-hop artist Edward Ma began his career in the late '90s as the Con Artist. During his stint as the resident DJ at Konkrete Jungle Los Angeles, Ma worked with Hive, Daddy Kev, James Tai, Busdriver, P.E.A.C.E., and Mikah 9; he also hosted a regular program on Dublab Radio. When not performing, Ma acted as producer and engineer for other musicians such as Sole, the aforementioned Busdriver, Aloe Blacc, Emanon, and Dr. OOP under the Con Artist moniker. The name was retired in 2003 and replaced with edIT while Ma was completing his first solo album.

In 2004, Crying Over Pros for No Reason was released on the Planet-Mu label. Rather than rest on his laurels, Ma continued to explore his craft, creating remixes and mashups that gained him further recognition in the world of electronic music. Fans and fellow DJs weren't the only ones to take notice -- in 2006, Urb magazine named Ma one of their "Next 100" artists to watch. Certified Air Raid Material, the follow-up to Crying Over Pros for No Reason, was released in the autumn of 2007. Outside of his work as edIT, Ma has created ad music and jingles for Face the Music. These compositions have appeared in commercials for Scion, Toyota, Mercedes-Benz, and Calvin Klein, among others.
Sites:
MySpace, Facebook, Twitter, SoundCloud, planet.mu, editbeats.com
Aliases:
Edward Ma
Variations:
Viewing All | edIT (3)
Edit, edIT, エディット

March 12, 2008
EdIT definitely got my attention after stumbling upon his first album “Crying Over Pros For No Reason.” Very fresh and hot glitchy/hip-hoppy beats that has the air of Squarepusher, cause of its hard almost random cuts and wild experimentation, with faint resemblances to Prefuse 73 and Four Tet, except more refined and polished. The emotional feeling of his first album is deep, intense, and serious; something not often found in experimental music since the main purpose, most of the time, is the experimentation. That said, his second album is a horrible let down. “Certified Air Raid Material” fails on many levels; for one, the introduction of lyrical songs from some mediocre rappers with not so inspirational or memorable lyrics. The overall sound of the album, dare I say, sounds commercial falling short of the style he seemed to have developed so well on his first album. The other non lyric based songs sounded very commercial as well, almost like I was listening to Justin Timberlake's latest album. Hopefully he will break from his future and look towards his past. He has a lot of potential.
Reply Notify me Helpful

December 31, 2007
EdIT is blowing up, quick, thanks to the new wave of glitch-hop, IDM, and techy sounds penetrating the minds of the hip-hop underground. I stumbled across edIT's "Crying Over Pros" album 6 or 7 months ago and got hooked. I loved the meshing of downtempo, chill soundscapes with the glitchy percussion and CD skip-sample goodness. To my surprise, I started seeing fliers for this guy and the rest of the Glitch Mobb all over the Internet in various cities. Props to him for getting somewhere and being unique. It's a bit different, but if you haven't already, check out "Air Raid" for some bangin' glitch-hop beats, although I'm not a big fan of the vocal tracks (with the exception of the TTC track). Dig it.
Reply Notify me Helpful

edIT has some sick production skills. Crying Over Pros For No Reason has to be one of the better IDM/Hip-Hop-ish albums I've ever heard, if that's how you want to classify it, or even if similar artists exist. Seeing edIT live however, is another story. Expect an hour or more of straight hip-hop mashups. Gets old after about 20 minutes.