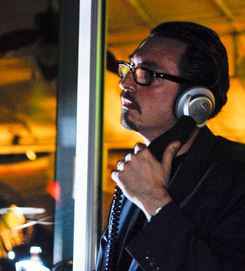 Real Name:
Eric Stephen Kupper
Profile:
Eric Kupper got his start two decades ago working as a keyboardist and guitarist for such producer/remixers as David Morales, Frankie Knuckles, Arthur Baker, Peter Rauhofer, and Richie Jones to name a few. Since 1986 he has played on, remixed, and/or produced over 1400 records for artists spanning all contemporary musical genres.

A few years back Eric was bitten (hard!) by the DJ bug as well and became a resident at London's Pacha with Hed Kandi for four years, as well as DJing all around the globe as an independent DJ or as a Hed Kandi resident. Eric is now a resident DJ with Tokyo Disco, a new venture created by Mark Doyle, the former creator of Hed Kandi. With Tokyo Disco he presently enjoys a residency at Neighbourhood in London, Enclave in Chicago as well as numerous spots throughout the U.K. and the world.

an amazing artist + producer hiding in the credits behind so many timeless classics; would love to have a coffee with this man and a 7 hour chat about his music;)