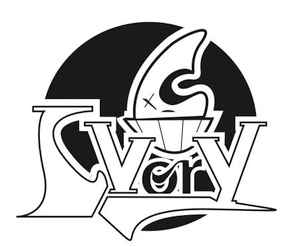 Profile:
The Ivory Boy is the pseudonym behind which Italian born DJ and producer Luca Spinogatti operates. Now based in the welcoming city of Berlin, Germany, he regularly performs in the city’s many club venues. His personal and musical growth traces back to the years in Bologna, Italy, between the late nineties and the beginning of the millennium. There, he collaborated with several artists from the local and national hip hop and funk scene, promoting one of the city’s hottest parties, weekly appointment FunkyVag. During the same period he released tracks with London based Jazzman Records UK, Record Kicks, and Soupy records IT, using the pseudonym DJ TIB, and collecting a series of shows in Italy and Europe. After a crucial stay in NYC in 2008, to complete his musical background, Luca now lives in Berlin, where he started his new project.

In composing his tracks, he still taps into his large collection of old vinyl records, obtained through extensive crate digging in the shelves of record shops from all over the world. He then favors analog old school machinery to process the sound before the mixing process, to give his sound a distinct modern ‘vintage-sample’ flavor.

Besides his solo project, Luca is also one half of the Peanuts (No Nore Hits) and Nero Jaxx with Andrea Benini and Alex Trebo (Mop Mop).
Aliases:
DJ. Tibb
In Groups:
The Peanuts (2)
Variations:
Viewing All | The Ivory Boy
Ivory Boy