Emir Kusturica & The No Smoking Orchestra 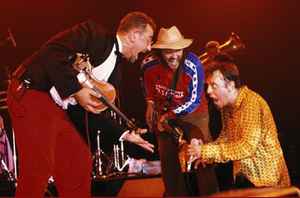 Profile:
Garage rock band from Belgrade, Serbia.
They are split off from the original line-up of Zabranjeno Pušenje, a band formed in 1981 in Sarajevo, former Yugoslavia (now known as Bosnia and Herzegovina).