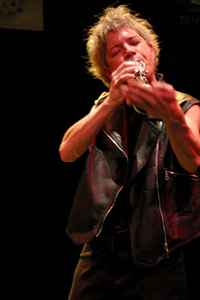 Real Name:
Lori Freedman
Profile:
Canadian composer and improvisor of contemporary classical and electroacoustic music. She frequently extends into multidisciplined forms collaborating with dance, theatre and visual artists. Over thirty-five composers have written solo bass clarinet music for her. Just prior to the release of her debut feature solo album Huskless! (Artifact) she received the 1998 Freddie Stone Award for the “demonstration of outstanding leadership, integrity and excellence in the area of contemporary music and jazz.” That cd won her the nomination for the Prairie Music Award 2000 as the “Most Outstanding Classical Recording.” Her second solo album, À un moment donné (Ambiances Magnétiques) has been receiving critical acclaim since its release and was nominated for Best Recording of Musique Actuelle at Prix Opus 2003.