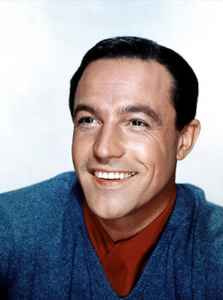 Eugene Curran “Gene” Kelly was known for his energetic and athletic dancing style. Probably best known for his performance in 'Singin' In The Rain', he was a dominant force in Hollywood musical films from the mid 1940s until their demise in the late 1950s.

Gene Kelly received numerous awards including an Academy Honorary Award in 1952 for his career achievements, lifetime achievement awards in the Kennedy Center Honors and from the Screen Actors Guild and the American Film Institute.