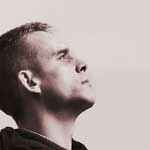 DJ/MC/producer of Hardcore and Freeform. His career in rave began when he MC'ed for DJ Worm at the Utopia rave in Torquay in 1992. He then moved to Haywards Heath on the south coast to help his career and started helping to promote a night called 'Plush' in East Grinstead. Used to design flyers for Hardcore Heaven with his flatmate, Nick. and co-promote the Freeformation parties with Kevin Energy. Also co-hosted the hardcore show on Kiss FM.

April 7, 2021
To me there are three greats in the UK hardcore scene - Sharkey, Kevin Energy and Scott Brown. I have to rate Sharkey as the best of them as I believe he is a true innovator and kept pushing the genre forward and worked to develop new talent. His 303 basslines are always blistering but he can also write incredible melodies. Amazing talent.

March 5, 2017
Does anyone know if Sharkey's song "Bang like a mother" was ever released on vinyl or digital format? If so, where can I locate this gem of a song?
See 4 replies

July 3, 2015
Can somebody please let me kno what the last song in Sharkey's set from Hardcore Heaven Space 99' is please been buying all sorts of things tht are not on youtube jst to find out if its the song ive been searching for over a yr now & have been served..bought plenty of expensive D.A.T.A recordz & predawn kaos material..no such luck please throw me a bone..those layers of acid & lovely breakdowns are too much to go without having in my collection..the song is too much for me sometimes listen to it over & over again on my cassette player; song makes me want to accomplish all sorts of endeavors reminding me tht the sky is the limit & all sorts of feeling i cannot express thru txxt..song honestly makes me really manic & want to see earth below during the uplifting breakdown which is the last one tht can be heard on the tape..its jst a very well composed piece of art & will leave me feeling utterly unfulfilled not having it in my collection or at least knoing what its called or who its by release date & how it endz )': please for the love of Seduction help this raver out.........don't leave me in darkness
See 3 replies