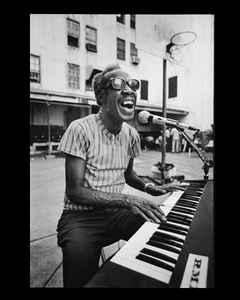 October 24, 2020
Wow, no reviews/comments on Professor Longhair. If you're talking about underrated legendary figures in music, he has got to be top of mind. I have so much fun listening to his music. He is such an authentic figure and piano player. I can't recommend him enough. My life is better because of Professor Longhair. I love all of his recording sessions. You can never have enough Fess!