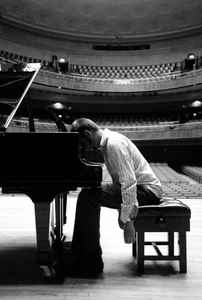 Profile:
Philip Thomas (b.1972, North Devon) specialises in performing new and experimental music, including both notated and improvised music. He places much emphasis on each concert being a unique event, designing imaginative programmes that provoke and suggest connection.

He is particularly drawn to the experimental music of John Cage, Morton Feldman and Christian Wolff, and composers who broadly work within a post-Cageian aesthetic. In recent years he has been particularly associated with the music of Christian Wolff, giving the world premiere of his Small Preludes in 2009, the UK premiere of Long Piano (Peace March 11), having co-edited and contributed to the first major study of Wolff's music, Changing the System: the Music of Christian Wolff, published by Ashgate Publications in 2010. He is an experienced performer of John Cage's music, having performed the Concert for piano and orchestra with both Apartment House and the Merce Cunningham Dance Company as well as most of the solo piano and prepared piano music, including a unique 12-hour performance of Electronic Music for piano.
He has commissioned new works from a number of British composers whose ideas, language and aesthetic have been informed in some ways by the aforementioned American composers, such as Stephen Chase, Laurence Crane, Richard Emsley, Christopher Fox, Bryn Harrison, John Lely, Tim Parkinson, Michael Parsons, and James Saunders.

In recent years Philip has pursued a passion for freely improvised music, after significant encounters with the music of AMM and Sheffield-based musicians Martin Archer, Mick Beck and John Jasnoch. He has worked with improvisers in a variety of contexts and recently devised a programme of composed music by musicians more normally known as improvisers as well as others who have been influenced by improvisation in some form.

Philip is a regular pianist with leading experimental music group Apartment House, with whom he has performed in festivals across the UK and Europe. He has also performed in duos with Ian Pace (piano duet and two pianos) and James Saunders (electronics).

In 1998 Philip was awarded a PhD from Sheffield University in the performance practice of contemporary piano music. Between 2000 and 2005, he was Head of the Sheffield Music School whilst pursuing an active performing and teaching career. He joined the staff team at the University of Huddersfield in 2005, and became Head of Performanced in 2010. He was appointed as Reader in Music in 2011. Philip is one of the Directors of CeReNeM, the University's Centre for Research in New Music. He continues to live in Sheffield, where he premieres the majority of his programmes, with his wife Tiffany and children Naomi and Jack.
Sites:
philip-thomas.co.uk
In Groups:
Apartment House, Coastguard Allstars, Edges Ensemble, Ensemble Grizzana, SFE