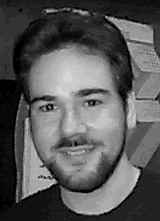 Profile:
Daniel Leduc (Montréal, Canada, 1965) has almost fifteen years of experience as a producer and host in public, private and community radio. Since obtaining his doctorate in electroacoustic composition from the Université de Montréal he has been teaching electroacoustics, musical perception, sound production techniques, and computer science (multimedia and office automation). As well as having a number of publications (in both print and sound) to his credit and collaborating on research projects, Daniel Leduc has won a number of grants and awards, delivered learned papers and assumed various administrative positions, including the presidency of the Canadian Electroacoustic Community (CEC, 1992-94).
Variations:
Viewing All | Daniel Leduc
Dan Leduc