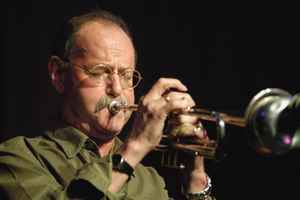 Ian Carr started his career in the group The EmCee Five together with his brother Mike Carr (2) in the early 1960's. He was perhaps best known for his group Nucleus (3) which was successful throughout the 1970s, but also his work as one of the two leading members of the eponymous The Don Rendell / Ian Carr Quintet during the 1960s, has in more recent times been much sought after by jazz music collectors for it's unique characteristics.