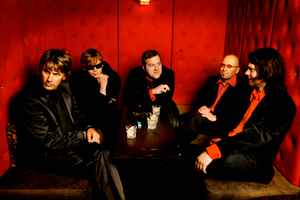 Profile:
Estonian-Finnish rock band formed in 1991 by Hendrik Sal-Saller. They started out in Finland, where they released their debut album and an EP with English-language songs - these recordings were later released in Estonia on a compilation album covering the years 1994-1996. After success eluded, they turned to the Estonian market with their second album which was in their native language. Very quickly Smilers became one of the most popular Estonian bands. In 2004 they won Artist of the Year award at the Estonian Music Awards and were also awarded the Gold Disc for Song of the Year for "Ainult unustamiseks" at the Estonian Pop Music Awards.