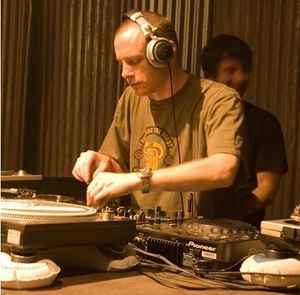 December 22, 2016
seen him mixing for 8 hours solid for his 25 years birthday mix was the best ever not one bad mix and he was mixing all styles spanning his 25 years in the business my all time favorite dj

June 3, 2015
seen him at helter skelter loads mid 90's nowhere near as good as loftgroover, all i heard him play was deathchant after deathchant,not even mixed just scratched and dropped in!
See 1 reply

January 27, 2012
One of the only producers whose music I will buy without needing a listen first. Much power to you Luke, keep 'em coming!

November 15, 2008
A total legend and a real professional not to mention a proper sound geezer. We booked him to play at our night last year and he turned up bang on time and played one of the sickest speedcore sets I've ever seen. The mixing was unfeasibly tight especially considering he was hardly using his headphones at all. Cutting and scratching at that tempo is quite an artform and he does it faultlessly combined with a tune selection that got more banging as it went along. Awesome, and his productions are great as well. My favourite set of his was at Glade 2006 when he did a live PA alongside Hellfish.

The Dj Producer, living legend within the hardcore techno scene, this guy is responsible for most of the penultimate releases within the hardcore techno genre from within the last decade and he's still going strong- definately a high powered mutant!!!
You gotta catch this dude live to witness his high energy dj set's and also as of late his brutal live PA's!!!
Definately a force to be reckoned with ;)
Check out his releases on deathchant and rebelscum for proof of his devastating production skillz.