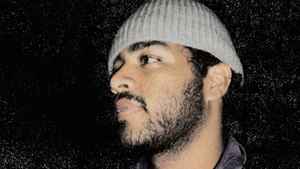 Profile:
Ricci Rucker aka Ruckazoid is a producer, DJ, vocalist, inventor & developer. He released the Utility Phonograph Record series which pioneered DJ tools in the early 2000's. His early crossfader 'cut-in time' modifications have since been adapted as standard features on most DJ performance mixers. This later led to the design and naming of the 'Controller One', the first musical turntable which was manufactured by Vestax. He is also the first to introduce DJ Controllers with the world's first DJ controller, Quickswitch. He is also the vocalist for Breakbot, as well as collaborating with everyone from J Dilla to having writing credits for G-Eazy & Chris Brown.
Aliases:
Aliosity, Nicks (2), Ric Ramon, Ruckazoid
In Groups:
Gunkhole, Ned Hoddings, Poly
Variations:
Viewing All | Ricci Rucker
Ricki Rucker, Ruckazoid