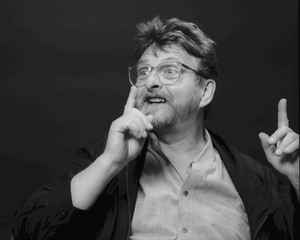 From 1957-67 member of the Hungarian State Philharmonic Orchestra. Conducting studies (1964-69) and diploma at the Mozarteum University in Salzburg (Austria). Conducting in Hungary, Austria and from 1969 in Sweden. Composer activities from 1972 with a special focus on computer and electroacoustic music.

Teacher and artistic director at the Foundation for Electroacoustic Music in Sweden (EMS) until 1993. In 1985, together with choreographer Peter Rajka, he founded the research group "Kineto Auditory Communication Research" (KACOR) at the School of Dance. The publication of several articles in scientific contexts. The development of new control devices for man-machine communication. Production of musical works, video documentation etc.

From 1991 to 2001 he led the education in "Computer Music and New Media" at the "University of Music and Performing Arts in Vienna", Austria.
Sites:
db.musicaustria.at
Variations:
Viewing All | Tamas Ungvary
Tamás Ungvary, Tamás Ungváry, Ungvary