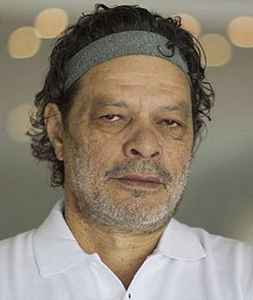 Real Name:
Sócrates Brasileiro Sampaio de Souza Vieira de Oliveira
Profile:
Sócrates Brasileiro Sampaio de Souza Vieira de Oliveira (Belém, February 19, 1954 - São Paulo, December 4, 2011), better known as Socrates and also referred to as Doctor Socrates, Doctor or Magrão, was a Brazilian footballer and physician. Intoxicated smoker and alcoholic, he died due to liver cirrhosis.
As a footballer, Socrates is considered one of the greatest in Brazilian football and, according to FIFA, one of the biggest in world football.
Socrates was also noted for his political activism, particularly in the 1980s, when he led a movement for the democratization of football and participated in the movement for Direct Now! Outside of football, Socrates has always maintained an active political participation, as much in subjects related to the well-being of the players as to the current subjects of the country. In the 1980s, he participated in the Diretas Já (1983- 1984) campaign and was one of the main idealizers of the Corintian Democracy movement (1982-84), which claimed for players more freedom and more influence in the club's administrative decisions. For his political activities and opinions, he was "fichado" by the military dictatorship that oppressed Brazil at the time along with his teammate and great friend, Casagrande. In 1980 Sócrates recorded an LP of country music called Casa de Caboclo, on the RCA label, with a circulation of 50,000 copies that quickly went out of print. In 1982, he participated in the recordings of LP Aquarela, by singer Toquinho