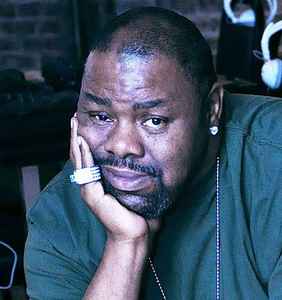 Markie's career began in the early 1980s as a performer, then a human beatbox for MC Shan and Roxanne Shante, among others. He signed to the Cold Chillin' record label in 1988 and released Goin' Off, an underground hit. "Just a Friend" (from The Biz Never Sleeps) was released the following year, and it became a mainstream hit in the United States.

As one of hip hop's biggest stars of the time, Biz had a lot of pressure for his third album, I Need a Haircut. The album was a commercial disaster, exacerbated by a lawsuit from Gilbert O'Sullivan for sampling "Alone Again (Naturally)" in the song "Alone Again". The lawsuit, Grand Upright Music, Ltd. v. Warner Brothers Records, Inc., changed hip hop forever, as afterwards, all samples were cleared with the original artist before they could be used.

Biz continued his career in 1993, releasing All Samples Cleared!, but the record was another commercial disappointment. For the next few years, Biz worked with the Beastie Boys occasionally, began DJing and kept a low profile.

In 2002, Biz appeared in Men in Black II with Will Smith and Tommy Lee Jones.

In 2005, Biz was featured on the VH1 television reality show, "Celebrity Fit Club", where overweight celebrities are shown attempting to lose weight.

July 21, 2021
RIP to a legend...The best original BEATBOXER and DJ!!! Grew up listening to this legend since 1983!! Another legend gone but will never be forgotten.. MUSIC LIVES FOREVER,, Will be missed..

April 11, 2017
'That Girl Is A Slut' has BizMarkie beatboxing on the mic aka The Human DMX... ????
Just Ice mentions his name in the first sentence 0:28... The "One two, one two" sounds just like Biz!
Can anyone clear this up as there is no information regarding The Human DMX..

June 13, 2012
Now this is a cool guy. While a tough image and gangster rap was big around 1990 he comes out with a sleeve where he is dressed up like a scientist. Butt still remains his cool & gets respect.
His debut album Goin' Off is full of jokes but make no mistake, it is a very well done album and after 20 years I still enjoy it. Almost every song is a classic.