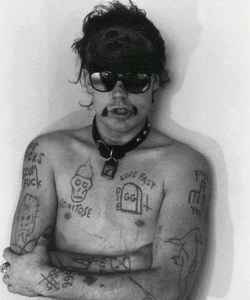 September 1, 2021
GG Allin is a lot like a Rubik's Cube. You know as soon as you see it you're going to try and solve it. Hoping to get that dopamine hit when its solved. But this particular cube has feces on it. Do you dare wash it off and try to solve it or just leave it alone and pretend you never saw it? Well considering the cult following he had when was alive and continues to have long after his death, there's a lot of people with poop covered puzzle cubes out there.

April 25, 2020
There should be links here to his many other bands
See 1 reply