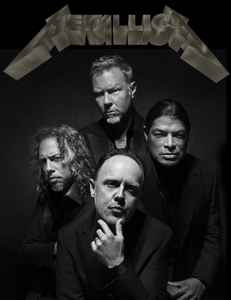 Metallica formed in 1981 by vocalist/guitarist James Hetfield and drummer Lars Ulrich. The duo first met through an ad in a Los Angeles-based music newspaper. At the time, Ulrich had little musical experience and no band but managed to secure a slot on an upcoming compilation record called “Metal Massacre”. Metallica’s contribution, “Hit The Lights”, featured Hetfield, Ulrich and lead guitarist Lloyd Grant. Afterwards, Ron McGovney became the band's bassist and Dave Mustaine joined the band as lead guitarist. This line-up would re-record "Hit The Lights" for subsequent re-pressings of "Metal Massacre" and would also issue several demos. In 1983, McGovney quit the group and was replaced by Cliff Burton, which also saw the band relocate to San Francisco. Metallica then traveled to New York after signing a deal with Megaforce Records. However, once in New York, the band fired Mustaine. It would mark the beginning of a long feud between Mustaine and Metallica, mostly fueled by remarks Mustaine would make to the press. Mustaine was replaced by Kirk Hammett of Exodus (6).

Metallica's debut LP, "Kill 'Em All", was released in 1983. It was followed in 1984 by "Ride The Lightning". This led to a major label deal with Elektra. In 1986, the band released "Master Of Puppets", which is considered by many to be one of the greatest heavy metal records of all time. In September of that year, while on tour in Sweden, the band was involved in a bus accident which took the life of Cliff Burton. Eventually, Jason Newsted (of Flotsam And Jetsam) was hired as the band's new bassist and he made his debut on 1987's "Garage Days Re-Revisited", an EP of cover tunes. The full-length "...And Justice For All" followed in 1988, featuring the track "One" which was chosen as the subject for their first promotional music video.

In 1990, Metallica hooked up with producer Bob Rock for a self-titled release that would become better known as "The Black Album", due to its cover art. Released in 1991, the black album would become one of the best-selling rock albums of all time, selling over 16 million copies in the US alone.

In 1996, the band experimented with Rock music style Alternative Rock, this could be heard on the album "Load". The following year, "Reload" appeared which had the similiar formula as ''Load''. The albums continued the band’s trend of more accessible music. In 1999, the group released an album and accompanying film called "S&M", which featured Metallica performing their songs with the San Francisco Symphony Orchestra.

In 2001, as the band was preparing to begin work on a new album, Newsted quit the group, citing personal and musical reasons. Work on the new album was further complicated when Hetfield entered rehab for alcohol abuse. The album, called "St. Anger", was eventually completed in 2003 with producer Bob Rock handling the bass. Upon its release, "St. Anger" drew mostly negative reviews. Following the recording, Robert Trujillo, formerly of Suicidal Tendencies, was hired as bassist. The making of the album was captured in the documentary “Some Kind Of Monster”.

April 22, 2022
6.5.4. Bootleg, counterfeit or pirated files are not eligible for submission to Discogs.
Reply Notify me Helpful

This proves why Discogs needs a live albums section, we don't need all this clutter. Sometimes Discogs is a mess

January 11, 2022
RE band profile: Weird how Death Magnetic is remembered because it "was hailed by many as Metallica's return to thrash metal." THAT is what is remembered from it? Not the obnoxious limiting in the sound by R.R.? The better sounding Guitar Hero- or whatever it was version?
Reply  See 2 replies Notify me 1 Helpful

October 26, 2021
METALLICA is still one of my favorite bands, I like all their first 5 albums (from their thrash metal era 1983-1991) and there are some really good songs from their 1996-2000 era IMO (I call this style "rock music with heavy guitars" because it's not "thrash metal" but it's not "hard rock" either)!
Reply Notify me Helpful

October 1, 2021
Well, should we just blame Metallica for officially releasing live albums much more than their contemporaries, like Helloween and Anthrax? No way. But I've long been bothered with this mess that newcoming collectors may find it super hard what the heck it contians when they only want the 'main' ones.
Reply Notify me 3 Helpful

It would be so great on discogs if studio albums just went under albums and everything else went under miscellaneous. This is not just for Metallica but most big bands. It just looks like such a mess.

August 14, 2021
The official studio and live albums should appear under "Albums". All the other CD-R, MP3, and fan club stuff needs to be moved to "Miscellaneous".
Reply  See 1 reply Notify me 7 Helpful

July 31, 2021
What is it exactly that dictates whether a release goes under "album" or "miscellaneous"? If there's a way to change it, the easiest solution would probably be to change all the live albums to the "miscellaneous" category
Reply  See 1 reply Notify me 1 Helpful