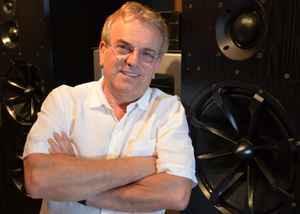 Meller began his career at Columbia Studios in New York in 1969, continuing to work there after Sony Music took CBS over in the 1980s and becoming an integral part of the Sony Music Studios, New York City operation until its closure in 2007. From 2007 to 2011, Meller held the position of senior mastering engineer at Universal Mastering Studios-East in New York, overseeing all of the studios' projects in the city. He currently lives and works in Charleston, S.C at Vlado Meller Mastering.

He is a two-time Grammy Award winner and ten-time nominee.

February 19, 2022
Absolutely no issue with the mastering of the Columbia Tappan Zee releases. Well done.
Reply Notify me Helpful

July 3, 2019
Basically, I agree with all the reviewers here... for Vlad's digital work anyway. He has done pretty well with vinyl releases though. These are the releases I have in my collection...
Slayer's vinyl reissues are decent (all better than their CD releases anyway). System of a Down vinyl reissues are all drastically better than the loudness crap CDs that were released in the 2000s. He re-mastered RHCP's 'Californication' (2012) which sounds fuckin' killer! He did a great job on Jeff Beck's Guitar Workshop (LP 1989). Then there's all the shitty CD masters. Metallica's St Anger (the mix sucked balls to begin with though), all System of a Down, etc. Basically, he's much better with analog than he is with digital. Much better.
Reply Notify me Helpful

April 6, 2008
Unfortunately, I have to caution anyone who's ended up on this man's page to stay *As Far Away* from *Any* of these releases as possible.

If there's any way you can find a copy of one of these albums in any other format that he has not touched, you're highly encouraged to do so.

Meller is probably the big name in the loudness war, and functionally seems to be a huge proponent of maxing out the loudness of any CD he masters. This makes the CD sound "better" than another properly mastered CD at a given system volume to the extent that the human brain tends to pick out louder noises as sounding better.

The flip side, and something that will be blindingly obvious when one of his masterings are compared against a proper master, is that the sound becomes extremely heavily compressed under his treatment, and all the subtle dynamics of the music are lost.

If you are able to adjust the volume of your system to a level you desire, there is no reason to opt for one of Meller's discs over anyone else's. One common place to look for better masterings of these discs are those vinyls that Steve Hoffman works on, but pretty much any other version that this man has not touched will be more than worth your while.

The real tragedy of this man's work, in my opinion, is the album Californication by the Red Hot Chili Peppers. It was only ever mastered by him, he did a terrible job, and as a result one of the most intellectually satisfying pop albums of the decade has been utterly destroyed in the ears of many an audio sensitive individual. We can only hope the record companies will work with those willing to clean up after this man's mess, and provide the world with decent remasterings of the more brilliant of the works he has destroyed.
Reply  See 4 replies Notify me 28 Helpful