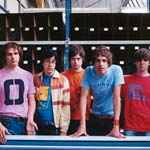 Profile:
The band formed at Hiatt Baker Hall at the University of Bristol in 1996/1997. Originally called "Rupert & The Beards", the band have been playing together for over 15 years. Their early sound was more funk than anything else but after leaving university and moving to a shared house their music became more eclectic and experimental. After Sherwood decided to leave the band Wensley became a second keyboard/synth player. As there was no bass player the two keyboards shared rhythm, bass and melody duties which gave the band a distinctive sound. All five members write the songs, both individually and collectively. An early EP, ‘Telephone Heroes”, was followed be their first album, Experiment with Mother. Recorded at home, it was released by Bristol Label Sink and Stove Records along with the single ‘Like It Or Leave It”. Having gigged regularly for many years around Bristol they began to play further a-field. This led to them acquiring management and subsequently signing a deal with Island Records. The band recorded the album ‘Lick Your Ticket’ in 2003 with producer Steve Osborne at Realworld Studios. They released a number of singles from it and toured extensively, playing with bands such as Kasabian, the Kaiser Chiefs and the Charlatans as well as at Glastonbury and V festivals. However, they were unable to sell enough records to make a sufficient return on the large investment Island had made in them and their contract was not extended to another album. Whilst working in Berlin with dance producers Tiefschwarz they were seen performing by Kitty-Yo Records who signed the album up for release in GAS . Their next record, ‘Brace, Brace’ was licensed by Weekender among other labels. Produced by Bruno Ellingham this album featured the single, ‘You Said’ which enjoyed a lot of airplay and allowed the band to play a large number of gigs across Europe. Their most recent album ‘Bitten’ was written and recorded at Studio East in Berlin; a studio run by their guitarist East. Funded by BMG Rights and distributed by Rough Trade it features the single ‘Bitte Bitte’.
Sites:
chikinki.co.uk, MySpace, Wikipedia
Members:
Boris Exton, Ed East, Rupert Browne, Steve Bond, Trevor Wensley