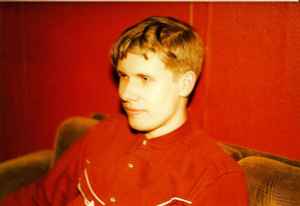 Real Name:
Tore Andreas Kroknes
Profile:
Tore Andreas "Erot" Kroknes, who passed away in 2001 at the age of just 23, was one of the house scene's most promising artists in the late 90's and early 00's. His pioneering deep, dubby sound was well documented on releases such as "Song For Annie" and remixes for artists like Bertine Zetlitz, DK, Kings of Convenience and Mental Overdrive, and he also produced the classic pop single "The Greatest Hit" for his girlfriend Annie. Erot was also an important figure in the music scene in his home town Bergen, DJing alongside Bjørn Torske on clubs such as Agora and Kennel and contributing extensively to the renowned Tellé label; among other things, he was their in-house designer, and the Tellé logo and all the early sleeves were done by him (as well as loads of logos and posters for other Norwegian artists).

Tore suffered from heart problems from birth, and tragically, this eventually demanded his life; in April 2001, he passed away after a prolonged illness.

Stephan Grieder of the Svek label said to burntblue.com: "Tore was the only guy I ever asked to do remixes for Svek. He was so original in the way he did things and with his sound. He had such a big future, and we were all very shocked. He was just starting to produce his own music rather than just doing remixes, and it was just the beginning for him. It was very sad".

His friend and colleague Bjørn Torske said this in an interview: "Tore wasn't only a close friend, but also a tremendous resource, both design-wise and musically. The process of making the sleeves, for example, has become so much more demanding now. All the knowledge and courage Tore had was an asset we don't have anymore. Without him, Tellé would never have existed".
Aliases:
Tore Kroknes
Variations:
Viewing All | Erot
Erot In The Sandal, Tore, eroDesign

March 12, 2021
Anyone else here really wish Sedation got it's own vinyl release? Lovely tune that one.
Reply  See 1 reply Notify me Helpful

Erot was at Bergen's groundbreaking sound. The second wave following Bjørn Torske and Rune Lindbæk. He had his own sound, his own vision so to speak. And it was all done on very limited studio gear. Legend says that a lot of his production was recorded in one take, resulting in long nights with recording sessions in a studio somewhere in Bergen going on all night long..
Back then what happened and did not see the day was that Erot did a remix for Galactic Disco and Future Homosapiens outfit back in the day as Tore was a big fan of the duo. But FH did not like the remix and decided to scrap it. This is one of a few or several unreleased Erot tracks around. I know there is a hard drive somewhere in Bergen with Erot´s material. There is also a 12" he did with Kahuun called Kairot that never got released and only exists as a test pressing. I only have a scan of it.
Mikal Telle announced some time ago that a Erot compilation was in the works and that he hoped for some unreleased material to be included.. I guess they are still searching for that hard drive.. :)
I would also recommend the documentary Northern Disco Lights. Can be watched with VPN if you are overseas here https://tv.nrk.no/program/KOID75008416/northern-disco-lights. Or get in touch with me for more info.
Features the Who´s who in slipped and cosmic disco from Norway and live footage of Erot when he still was with us.

Tore was incredibly creative and always succeeded in approaching music from an original angle, which resulted in clever, fresh and unique sounding productions and remixes. A genuine talent. Without any doubt his death leaves a void in many people's hearts and minds.

Erot was the most gifted producers in Norway and his productions is something i never will put aside to collect dust in my shelves. Since his passaway, no one has ever come close to make music and remixes the way he did. As they also are very sought after worldwide. I dont lie when i say i always cary a record with his songs and remixes on. What he did with Dahlback's "The real jazz" was so magnificent, putting in the organline from Exodus "Together Forever" and did it his way with the underground Disco-house sound. So far the only one i can think of who has further developed his sound here home is Olav Brekke Mathisen. Shame that a gifted talent like Erot should pass away only at age of 23. Still he gained much credit after he passed away from bigger DJ's and artist worldwide like Dimitri from Paris who dedicated his "After the Playboy Mansion" compilation to him. Thanx Erot for the great music. Hope you have a good time "up there".