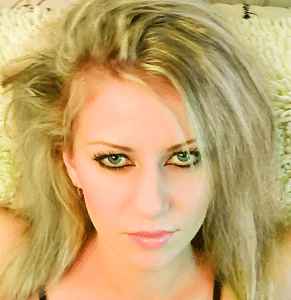 Real Name:
Elena Polozova
Profile:
Elen Cora (Elena Polozova, born Elena Korennykh) is a contemporary singer, composer and lyrics writer who belongs to the new generation of disco artists, making new music in the genres of Italo Disco, Euro Disco, and Russian Disco, while staying faithful to the recording and stylistic traditions of the 1980s. Elen Cora lives and records music in Novosibirsk, Russia and sings both in English (as Elen Cora and Siberian heat), and in Russian (as Studiya-80).

Elen first gained internet popularity in 2007-2009 after, on November 18, 2007, she released a demo version of a disco song titled «Fight for your Dreams» for the first time under the name of Elen Cora - this name was «created» by Vitaly Polozov ( later decided to do project under the name «Siberian heat» ). This was an Internet-only release, followed by Internet releases of demo versions of a number of other Siberian Heat songs («Angel’s Heart», «In Your City», and others). «Fight for your Dreams» quickly climbed in the charts of disco radio stations and was later performed live in a concert in Novosibirsk in 2009 (see concert video). Siberian Heat was started in 2007 as a collaboration between Elen (then living in Krasnoyarsk) and Vitaly Polozov, a composer and producer from Novosibirsk. Elen was writing English lyrics for Vitaly’s music, and, of course, was singing! A first studio album of Siberian Heat titled «Mystic Time» was released officially in 2012 by SP Records.

In 2009 Elen released on internet a demo album titled «Inside My Disco» with music written by Russian Italo Disco and Spacesynth composers Olegris (Oleg Rysev) and Abbsynth (Alexander Korolev), and with lyrics written by Andrew Mosckalev. This was the first album released under the name of Elen Cora, and before this was released 4 singles to this album. Songs from this album later was released officially in few countries on compilations, vinyl and CD. Song «Sleeping in your hands» from this album ( music by A. Korolev, Lyrics by Andrew Mosckalev ) in 2010 year was the first official release of Elen on compilation by NY ( American ) record lable SPACE SOUND RECORDS.
Both Elen Cora and Siberian Heat projects gained immediate attention from Italo Disco and Euro Disco lovers from all around the world, and in 2011, 3 of August Elen has released her first vinyl LP record titled «Number One» with a Dutch label Energy Level (a sublabel of well known label I Venti D’Azzurro Records, Italy). The LP contained 8 most popular songs from both Elen Cora and Siberian Heat projects. Elen Cora and Siberian Heat songs were also included in compilations by ZYX Music (Germany), SpaceSound Records (USA) and SP Records (Russia), also some russian compilations of the popular music on CD.
In 2012 Elen has released two full-length studio albums on gold plated CDs with SP Records: «Mystic Time» by Siberian Heat, and «House of Cards» by Elen Cora. Almost all music of the «Mystic Time» album is written by Vitaly Polozov (Elen co-wrote music for song «Sorry») while lyrics are written by Elen and Anna Gavrilova.

The «House of Cards» album features two songs written by Elen as a composer («Tell Me Why» and «Forgive Me»), and a number of songs composed by Vitaly Polozov (such as «Drama» and «House of Cards», «Tightrope dancer», and together — Elen and Vitaly wrote music for two songs — «Time after time» and Powerful little things») and Olegris («Days and Dreams», «Wanna be Real», and «Will you Remember»). The album also includes an interesting song written in collaboration with a Canadian composer and producer Paul Katsnelson (song «Miles Away»), and a children’s song written by Anna Gavrilova for her son (song «Astronomers in China»). Lyrics in the «House of Cards» album are written by Elen Cora, Anna Gavrilova, and Andrew Mosckalev.
Since 2009 Elen also became the vocalist of Russian disco group Studiya-80 which was started in 2005 by Vitaly Polozov. Elen re-recorded the first album of Studiya-80 titled «Pridumannyi Mir» and is working on a new album, both of which are planned to be released in 2013.
Sites:
polozovs.com
Aliases:
Siberian Heat, Студия-80
Members:
Студия-80
In Groups:
Siberian Heat
Variations:
Viewing All | Elen Cora
Cora, Elen, E.Cora, Elena, Е. Полозова