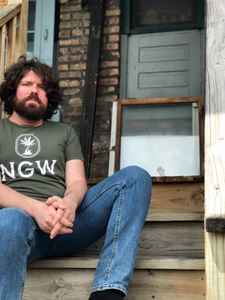 Real Name:
Ben Billington
Profile:
Quicksails is the recording project of Chicago-based producer and multi-instrumentalist Ben Billington. Central to the Chicago experimental scene and its various veins across the midwest and national DIY circuit, Billington has been championing freak music of all stripes for over a decade at this point. He has performed as a member of numerous ensembles including ONO, ADT (6), Circuit Des Yeux, Tiger Hatchery, and Ryley Walker’s band. In an improvised setting, he has collaborated with a stable of musicians including John Olson (solo and with Wolf Eyes), Rhys Chatham, Mark Shippy (U.S. Maple), Owen Gardner (Horse Lords), and Paul Flaherty. Billington’s role as a producer at Chicago avant epicenter Elastic Arts and his co-curation of the venue The Hideout’s long-running Resonance Series has paired future-facing acts from around the world with Chicago’s finest to enrich the city’s thriving progressive music scene with stimuli of the highest, headiest order. His work with Chicago non-profit foundation Experimental Sound Studio has grown recently to include a lead role in their series The Quarantine Concerts, setting up diverse bills of international luminaries for live-streamed concert events.
Sites:
SoundCloud
Aliases:
Ben Billington