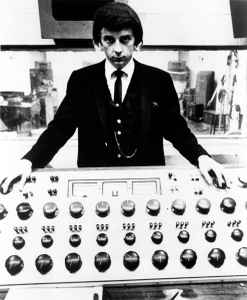 Influential producer, whose "Wall Of Sound" technique is widely-regarded as a step change in rock and pop production's ambition by intensive use of overdubbing.

In 2009, Spector was convicted of the murder of Lana Clarkson in 2003 and he died in custody.

He originated production techniques that were passed down and influenced so many other producers and songs I loved. His DNA is embedded in the very fabric of Pop Music itself. This is a sad day for recorded music in general. Respect Phil, I would have loved to have known you in your youth and thanks for all the great sonics, lyrics and melodies. Wherever there are music lovers in the world, your memory will linger on.

Rest... In... Peace... by crimsonmetal74
Legendary Producers/Engineers/Studio Wizards by crimsonmetal74
Artists lost to COVID-19 by soulchap
Favourite artists by Ackaraga
Artists for the Future by Milesbeet-hoven1
Famous Wigs by ksdfjsldfj
The Rock'N'Roll Hall Of Fame by stassen
The Freak-Out List by rad
Artists who have served (or are serving) time in prison by thefoureyedfox
45 savants fous de la pop (Rock & Folk n°427, Mars 2003) by TwinPowerForce
The Producers by OmeHans
Collected Artists in Order of Preference by OmeHans
Favorite Artists by BigCreator
Songwriters Hall of Fame by pitermiki
View More Lists →