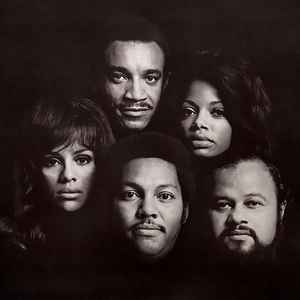 October 24, 2021
I have an addition:
Liberty EL 65099
Mexico
A1 Stoned Soul Picnic
A2 The Sailboat Song
B1 Tiket To Ride
B2 Orange Air
The sleeve looks like the German Liberty 15143.
Reply Notify me Helpful

October 22, 2021
I have an addition:
M.T.R. (3) MTR-397
A1 Blowing Away
A2 Aquarius/Let The Sunshine In
B1 Wedding Bell Blues
B2 Up, Up And Away
The picture sleeve isn't very clear showing 4 of the 5 on a thing with two big wheels with Florence pulling them.
Reply Notify me Helpful

Missing on this release list: The 5th Dimension - Ausgewählte Gold Stücke, a 12 track compilation, Made in Germany. Label nr. 550 982-2.

Favourite artists by Ackaraga
Artists for the Future by Milesbeet-hoven1
Universal Music Fire Bands List by TwinPowerForce
Need to be in RNRHOF by robtadrian
Favorite Artists by chroma.k
View More Lists →