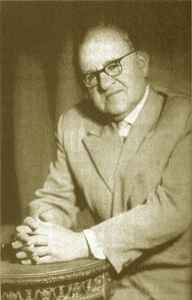 Best known for the Tango “Golubye Glaza” (English title: “Blue Eyes”).
After his piano studies at the St. Petersburg Conservatory, he worked as an accompanist in the silent theatres and later in the film industry. During his early years, he accompanied many pop stars at concerts.

Although his most creative years were spent in Riga, Latvia, at times during his life, he also lived in Paris, Berlin, Harbin, Alma-Ata and Moscow. During the Second World War, while leading various Soviet Army bands, he also composed many patriotic songs (among them – “We Shall Overcome”). During those war years, he also toured with singer Claudia Shulzhenko. Strok also worked as a composer, soloist and accompanist, and took part in the competition to create the State Anthem of the Soviet Union. He contributed music for the soundtrack to the film “Kotowski.”