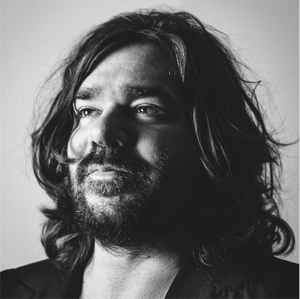 Real Name:
Matthew Charles Berry
Profile:
Born in May 2, 1974, Bromham, Bedfordshire, England, Matt Berry is an actor and musician best known for his roles on the British sitcoms The IT Crowd, The Mighty Boosh and Garth Marenghi's Darkplace, and more recently internationally as Lazlo on the FX vampire comedy series What We Do in the Shadows, based on the New Zealand comedy film of the same name. Along with Rich Fulcher, he created and starred in the cult comedy series Snuff Box, which featured songs written and composed by Berry. He also wrote the 2004 parody rock opera AD/BC for BBC Three. As well as an actor, Matt also has a very colourful musical career and has released 10 albums, most of which through the label 'Acid Jazz'. The majority of his music is self composed, but every now and then, he has input from his band, 'The Maypoles', who also perform live on Matt's concerts. His most famous song is 'Take My Hand', as used in 'Snuff Box' during the Elton John sketch, and in 'Toast Of London', as the main theme. His theme to 'Snuff Box' was also featured very briefly in the blockbuster movie 'Dredd' and was covered by the American R&B artist 'Geno Washington'. Berry's music style varies from progressive rock, to experimental folk, all tied together with an electronic feel, with various reoccurring melodies in some songs. His inspiration comes from musicians such as 'Jean-Michel Jarre' and 'Vangelis', who he played as a cameo on 'Shooting Stars'.
Sites:
themattberry.co.uk, acidjazz.co.uk, Bandcamp, Facebook, Twitter, Twitter, Wikipedia
Aliases:
Jeffrey Porksmith, Todd Rivers
In Groups:
Milkbone (4), The Desert Sessions

May 7, 2021
I was still rotf laughing at him in The Mighty Boosh when I heard Solstice and was absolutely blown away. Have been buying everything ever since!

May 30, 2020
I wish they would release the Nadja & Laszlo album "Sing Songs For Love And Terror" for real. Would be great to hear those classics "(Witches Are) Snitches" and "Hoop Skirt, Poop Skirt" plus "Chum On Irene".

October 18, 2019
I just think Matt is an incredibly talented guy.over the past 15 years he has brought me so much joy. If I could've made an album it would be 'music for insomniac's.if I could have made a sitcom it would be 'snuff box'.
It is my fond hope that I might get to work with him at some point.

A one of the most shocking and life changing moments that has ever happened to me - discovering music by Matt Berry. Some might dismiss the fact he makes music by thinking its just for fun and it is comedic - you couldn't be more wrong...
'Opium' (2005), his first album - sure, it has a few funny, quirky elements, but behind that is as strong standing, well produced, composed and performed album, nearly all by Matt himself. My highlights: 'White Hood' and 'Opium'.
After that, he released 'Witchazel' (2011), it has less of the 'funny' elements of 'Opium' and builds on the theme of the 'ye olde' era Matt is so fond of. 'Take My Hand' was used as the theme to 'Toast Of London', hence bringing most people to this album first. My highlights: 'Woman' and 'The Badger's Wake'.
Then, he released 'Kill The Wolf' (2013), this is considered by most, Matt's best album, although I like every album so far, they couldn't be more right. This nails the 'ye olde' theme and adds a 'mystical', if not a 'Wicker Man' element, with songs such as 'Signs' and 'The Bonfire'. My highlights: 'October Sun' and 'Fallen Angel'.
A year later saw him release 'Music For Insomniacs' (2014), this is a drastic change to his earlier music, giving out the vibe of a 'Jean Michel Jarre' / 'Vangelis' feel. The entire album is split into two, twenty-odd minute parts. It's a sleep-inducing, trippy, relaxing synth lullaby, again, with that 'mystical' Matt Berry feel. My highlights: Listen to it all, in one go. Now. Right this instant.
Up until writing this review, the last album he gave us was 'The Small Hours' (2016), this has got to be the best one I've heard yet. Less of the 'mystical' feel, if not a more 'scientific' feel, for me anyway. My highlights: 'The Peach And The Melon' and 'Obsessed And So Obscure'.
So up until now, this is my review. Check out his singles, that include non-album tracks (b-sides) such as 'Autumn Equinox' and 'Lost Contact' and also his live album 'Matt Berry And The Maypoles Live' - again, you wont be disappointed.
Thanks Matt, for such great music, its refreshing in this age of artificial noise.

November 19, 2015
Primarily seen as a comedy actor / writer for television, you could be forgiven for investigating his music with a sense of uneasy doubt.

However, once you realise that not only is he accomplished as an actor but also as a songwriter (fans of Snuff Box will know this especially), you can open your mind to the immense talent that Matt also possesses as a serious musician.

From his earlier Folk albums to his newest LP, the electronic opus that is "Music For Insomiacs", there is a quality and energy that is very unique.

He may answer "Jean Michel Jarre" on Mastermind, he may be Vangelis on Shooting Stars, but he most definitely is Matt Berry.

A Man amongst men.