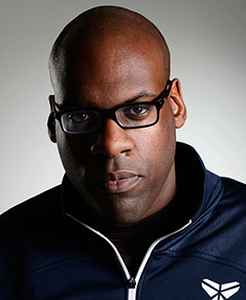 As well as his famed solo work, Jeremy Sylvester claims a huge backlist of remixes and has been a regular collaborator with many established dance producers. He also previously dabbled in Jungle-Drum n Bass production in the early 90's before his more permanent venture into mid-tempo dance music. Jeremy is known almost as well for the number of aliases he uses as he is for the quality of his output.

Jeremy has had a big musical background since he was a child. His first encounters were through his father (Charles Sylvester), a member of J.A.L.N. Band a successful disco band in the late seventies.

November 20, 2014
easily one of the best producers of all styles of garage/uk house music