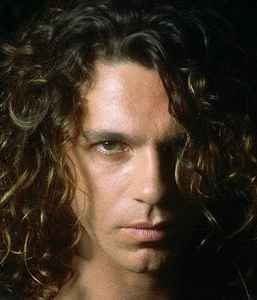 Real Name:
Michael Kelland John Hutchence
Profile:
Best known as the lead singer of the Australian band INXS, who he fronted for a period covering three decades from the late 70s to the 90s.

On November 21, 1997, Hutchence was in Sydney to promote INXS's twentieth-anniversary reunion tour and their tenth studio album, Elegantly Wasted. However, on November 22, 1997, as his band mates waited for him in a recording studio, a hotel maid at the Ritz-Carlton Hotel in Double Bay, Sydney, discovered Hutchence's body. Although much speculation has always surrounded Hutchence's death, a coroner's inquest ruled that the 37-year-old rock star had committed suicide during a "depressive state" by hanging himself with his belt after having ingested a combination of beer, champagne, vodka, cocaine, the anti-depressant Prozac, and other prescription drugs.

Michael was cremated and his ashes divided into thirds. His father and mother each received 1/3 of his remains, as did his partner, Paula Yates. His father, Kelland, spread his share of Michael's ashes in Rose Bay, Sydney Harbour. A solo album, Michael Hutchence, was released posthumously.