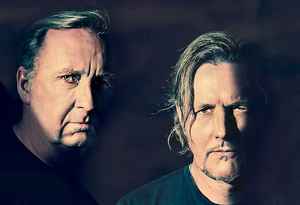 Profile:
German techno act that made its name in 1991 with the chart-topping commercial success of the track "Das Boot", based on the theme music of the movie "Das Boot" composed by Klaus Doldinger. The name "U96" is the designation of the German U-boat featured in the film.

U96 also had some guest singers like Daisy Dee, Carol Bailey and Lia Lane.

U96 started in 1991. Their first big hit was "Das Boot", released with the help of Alex Christensen's girlfriend at that time the single was released by Polydor.

The style of their first two albums ("Das Boot", 1992 and "Replugged", 1993) was more in the techno and electro style. With the release of their third album ("Club Bizarre", 1995) they changed their style completely into the more commercial euro dance and trance style. In 1998 they tried it again with the in this time popular electro-pop style, but without big success.

In 2003 U96 made another comeback with the single "We Call It Love". But it also had no big success.

In 2006, U96 now changed their style from trance/hands-up to more commercial pop, and didn't consist any more of the team Matiz and Alex Christensen. The new team of U96 consisted of Alex Christensen and Steffen Häfelinger.

It's important to note that Alex Christensen, who was U96 frontman for almost 20 years, never sang any classic U96 hits, neither did he do any major sound programming or composing. Most male vocals, including "Love Sees No Colour" and "Night In Motion", were done by Ingo Hauss (his recognizable voice also can be heard on certain Boytronic tracks and post-U96 project called Potemkin).

In late 2014 the project was revived by Ingo Hauss and Hayo Lewerentz with Josh Stolten (without Alex Christensen). They are also doing live gigs, that consist of new material and remakes of the old U96 tracks, like "Das Boot", "Night In Motion", "Club Bizarre", "Love Sees No Colour", etc.

A new album has been announced to be released in March 2016.

The history of U96 is that of a highly successful career, starting in 1990 with the band’s foundation by Hayo Lewerentz and Ingo Hauss, their former production partner Helmut Hoinkis and DJ Alex Christensen. Only one year later, U96 landed a major hit with their version of the title track of the box office success ‘The Boat’ (13 weeks at no. 1 in Germany), followed by the same-named debut album which immediately went gold and topped the German album charts. Its successor Replugged with its slightly more experimental style, inspired by electro pop as well as ambient and disco sound, corroborated its predecessor’s success a mere twelve months later, clocking up two more top 10 hits, namely the dance tracks ‘Love Sees No Colour’ and ‘Night In Motion’, as well as producing forerunners of the impending trip-hop wave with the more laid-back ‘The Russian’ and ‘Without You’. U96 went on to expand their stylistic range on albums such as Club Bizarre (1995) and Heaven (1996) and presented, along with their established techno base, also cross references to pop, trance, rave and Eurodance. In addition, the group had a top 4 hit with their single ‘Heaven’, a quotation of the Cindy Lauper classic ‘Time After Time’. Things were a little more quiet for the band from Germany’s north in the early 2000s. A number of personnel changes and the split with Alex Christensen in 2014 followed. The two original members Lewerentz and Hauss subsequently expanded U96’s previous recipe for success by live concerts and DJ Sets featuring a variety of guests. Special visuals in the style of acts such as The Chemical Brothers were developed for each song, so expectations of their tour in 2021 are high.

Along with the band’s classics, the most important songs from their latest albums Reboot and Transhuman will be at the centre of those concerts:

The collaboration between U96 and Wolfgang Flür (ex-Kraftwerk) on ‘Zukunftsmusik’ and ‘Hildebrandslied’ were just as trend-setting – an artistically highly exciting liaison between
three musicians who, despite the fact that they are from different generations, are obviously on the same wavelength, adding a kind of post-modern Kraftwerk dimension to the typical
U96 soundscape. Without giving away too much: This cooperation will continue in the wake of Reboot, a full U96 album with Wolfgang Flür entitled “Transhuman” having been
scheduled for autumn 2020.

Ahead of that, on July 3rd 2020, the band releases a new track entitled „Let yourself go“ with club remixes by the likes of Schneider & Groeneveld, U96 and upcoming russian Trance.

January 4, 2021
I'm a fan of death metal but I often play Schnittke and Shostakovich-and U96 emotions I always liked, it's emotions-there is more sophisticated electronics, but emotionally the Germans are closer-especially the first two albums, thank you-well done
Reply Notify me Helpful

U96 - One of my fav. electronic artists ever. The music is a kind of electronic pet shop boys songs:) U96 - Das Boot is one of the best songs ever made, and undoubtly U96 best song, in my opinion^^ U96 - Club Bizarre is another great song from U96 that many other artists (like Brooklyn Bounce) has stolen from them.

U96 had a strange and own way of making music, and most of their songs was very good. They made both ambient, electronic, trance, hard trance, dance ( and much more ) music. They are remembered, and is a landmark for electronic music.
Some of their other great songs are f.example. Love sees no color, inside your dream and we call it love.

U96 will never be forgotten. And thats deserved!