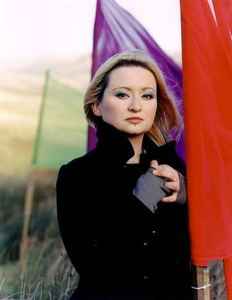 Eliza Carthy MBE is an english folk singer and musician, Carthy records and performs solo, as well as with her family. She has performed extensively across the festival circuit, and has toured both in the UK and internationally. In 2014, she was awarded the honour of an Member of the Most Excellent Order of the British Empire (MBE) for services to folk music in the Queen's Birthday Honours.