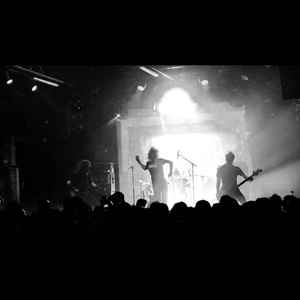 Real Name:
STORM{O}
Profile:
Storm{O} is an Italian four-piece band that formed in 2005.
The group is based in Feltre, Belluno and their name is derived from the mingle of a dark storm and the word for a flock of black birds, stormo, in Italian. This imaginary union is graphically described by the two brackets that represent the flock of birds, and the letter “o” between the two brackets, representing a drop.
Hardcore screamed in their native language, narrow mathematical passages and runaway emotional explosions give shape to an unconventional and somehow unique music.
Over 400 live shows, over 10 tours across Europe and UK, from Portugal to Estonia and from Finland to the Balkans.
Since the release of their debut album "Sospesi Nel Vuoto" (2014) they have shared the stage with Converge, Full of Hell and La Dispute and have performed at Fluff Fest and Miss The Stars Fest.
"Ere", released in 2018, was introduced by a Non-Stop Release Party, in which they played 20 concerts in 17 cities -from Bozen to Naples- in 72 hours.
The third full-length album "Finis Terrae" was released on October 4, 2019.
"Reboot System - Rebound Collective", a collection of remixes and reworks featuring, among others, OvO, Øjne and Johnny Mox, was released on June 29, 2020, taking part in the campaign in support of sex workers "Nessuna Da Sola".
In 2021 they have been featured in "Silence Is A Dangerous Sound - A Tribute To Fugazi" together with La Dispute, Shai Hulud, Zao and more.
Sites:
stormomusic.com, Bandcamp, Facebook, instagram.com, YouTube
Members:
Federico Trimeri, Gabriele Coldepin, Giacomo Rento, Luca Rocco (2)
Variations:
Viewing All | Storm{O}
Storm {O}, Storm{0}