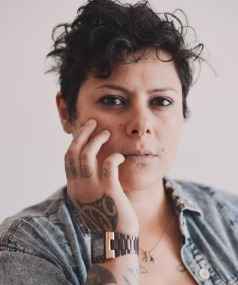 Real Name:
Anika Moa
Profile:
Anika Moa is a New Zealand singer and musician who began writing her own songs at 13. She first came to prominence in 1998, when she won Most Promising Female Musician in the nationwide secondary school Smokefree Rockquest competition (with performances that, even at this early stage, displayed the quirky sense of humour and self possession for which she has become famous). On the back of her Rockquest song, ‘Flowers For You’, which was included on a promo compilation album featuring Rockquest finalists, contact was made with Atlantic Records. Invited to Atlantic's head office in New York, in what would become good myth-making copy, a barefooted Moa performed several songs in the head office, and was given a record contract.

Moa's Victor Van Vugt-produced album Thinking Room was recorded in April 2000, released in August of the following year, and debuted at No.1 in the New Zealand album chart. Her relationship with Atlantic foundered when she let it be known that she was neither interested in the promotional treadmill the label required for her to make it in the US, or of being yet another interchangeable sexy-singer-songwriter. Moa's second album, Stolen Hill, reflected aspects of this, with a mature approach, addressing matters political, cultural and personal, and in particular the importance of her Maori tanga.
Sites:
audioculture.co.nz
In Groups:
Creatives Against Genetic Engineering
Variations:
Viewing All | Anika Moa
A. Moa, Anika, Moa