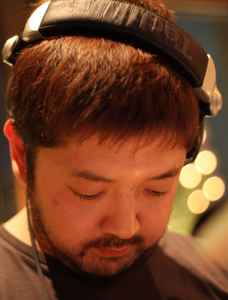 He was also a member of the production duo Urbanforest, an experimental collaboration with Nao Tokui, appearing on the "Lady Brown" 12". He died after a car accident in Tokyo.
Sites:
Wikipedia, Last.fm, equipboard.com
Aliases:
Jun Seba
Variations:
Viewing All | Nujabes
Jun Seba

February 28, 2022
Hydeout honestly needs to do a worldwide reissue of all the albums.
See 1 reply

Forever my favorite artist who's beats hit the soul like nothing else.

September 24, 2019
Nobody will ever make beats as beautiful as this man did. The Jazz samples are gorgeous, equalled only by his skill in seamlessly melding them with his own beats and dreamy instrumentation. A consummate visionary, it is a tragedy we lost him so soon. RIP Nujabes.
See 1 reply

February 21, 2019
His music changed me. He shall be missed and his contributions to the world of hip-hop shall never be forgotten. RIP Nujabes

July 6, 2018
One of the greatest. He introduced me to the world of jazz and hip hop. Thank you Nujabes

June 18, 2016
Remember when people didn't know about Nujabes? Everything was so much cheaper.
See 2 replies

August 24, 2015
I agree with amanu2408, crowdfund a vinyl issue through/for Hyde out! Ideally a box set of the three proper albums. Hell, let's think big: a separate reissue of the Luv(sic) hexology as second box. I'm all about scratching after rare stuff, horse-trading, and limited releases: its' a bit of what makes vinyl special. But f**k the ultra-limited edition BS with a Nujabes repress. His music was an amazing gift and should be heard, shared, and cherished, not hoarded.

RIP Jun Seba and peace all.

March 22, 2015
They should press Modal Soul on vinyl!
It would sell out soooo quickly, I would definitely buy it.
See 1 reply