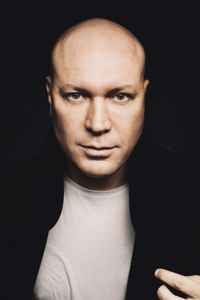 I miss the late OTS/Design, early Zenit/Question Marco Carola.
both in his DJ set selection and his own productions.
I'd understand a musical evolution, but I cannot understand the switch from his punchy, high-end* hardware production to software toys.

* that 97/99 stuff sounds like Akai s1100 to me, lo-fi at the time, high-end as I see it now.
it's never been about complex chord progressions, or structure, but as far as

August 2, 2008
Due to his recent output on the beloved Plus 8 Records Ltd., I decided to go back to some releases by Marco Carola I own, and boy did they blow me away!
It is undoubtful that he's somewhat lacking presence on the scene today, and many a fresh and newly arrived producers made Marco take a back seat, so to speak, but for those who know and were there- no mistakes are to be made about his talent or credibility.
Mr. Carola's tunes were dance floor killers throughout the entire second half of the last decade. There was hardly ever a decent party without his tune driving the people into a frenzy, while his releases under the Question moniker are stuff techno legends are made out of.
Whenever he had a new release out, it would often be a matter of days before it climbed up to the top of playlists of the hottest techno DJs around.
In fact, Marco Carola was one of the first producers I got really interested in, as back then, it was pretty often that I heard a fantastic tune at a club, only to discover it was his later on. He has produced dozens of DJ friendly, groovy, hard yet funky tunes with constant quality and without getting tangled into his own formula and rehashing the same old. Check virtually any of his releases on his own Zenit and One Thousand labels, and I guarantee you will recognize some of those numbers as ultimate party stompers you've stumbled across during various vintage clubbing sessions.
Live, his DJ sets were amazing as well, which will always keep him at the top of the heap when the Naples orientated producers are brought up, especially his "brother in arms", Gaetano Parisio, who lacks skill when behind decks. Marco Carola was THE combination of amazing mixing skills and fabulous crowd control, hitting it on the nail with virtually every track he dropped under the needle.
Sadly though, I somehow managed to lose track of the man, and just recently came to realize that up to his Apnea 12" on Plus 8 some two years ago, I had no idea what was up with this guy. In fact, I don't think I've seen or heard him live since 2001/2002 tops!!! To make things even worse, by dusting off some of his older releases, I came to the relatively healthy conclusion that most of my purchases during the past few years have been futile.
Whatever may come, I just hope he can get back under the spot light, where he was, and hopefully where he will deserve to be once again. And what better way to reach the top again than releasing two 12" on a super strong label in few months time?
Reply Notify me 5 Helpful

September 14, 2002
This guy is an absolute animal behind the decks, and gets thru enough records. Technically superior to maybe all the djs that i have seen. But he lacks presence .. his head sort of wobbles, and when he builds the music up it wobbles even more to the point that you think he may start dribbling coz he's having a seizure. Compare with Jeff Mills, who is ice cool with his slight grooving and then wizardery over the mixer.
Marco may be one of the best techno djs in the world but he's still not a patch on Mills.
Reply Notify me 2 Helpful

August 10, 2002
Not to complex monotone themes, with a lot of sine sounds, simple drumloops, and modulations. Some trax with a good theme and good mastering are the partybangs , but not all. 130-140bpm. Dj sets: i think his music getting bit old.
Reply  See 1 reply Notify me Helpful