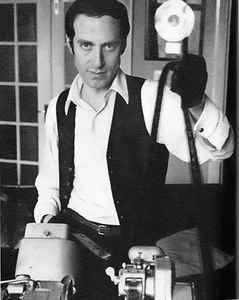 He was Jane Birkin's first husband.
Famous composer of film music, most associated in the public mind with a tune he did not in fact write, namely the James Bond theme, which was credited as from the pen of Monty Norman. He did enjoy a long association with the Bond franchise, and also penned themes for many other films and TV shows.

November 18, 2020
love his songs they will live for ever still buying them

September 12, 2018
one of my alltime favorites-music full of passion/lyricism/melody-he lives in eternity-never to be forgotten

January 31, 2018
I cant believe that no one commented on John Barry's main page. So I just say: I have enjoyed many of his songs during my life and still do.