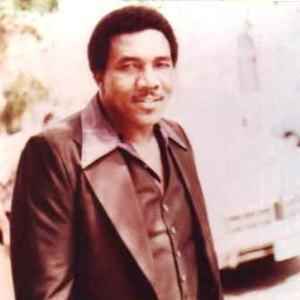 Real Name:
Willie Crawford
Profile:
American Master Blues Vocalist
William Crawford, better known as Willie Buck, was born in 1937 in the small town of Houston, Mississippi. When he was a boy, Willie spent most of his time working at a local paper mill making $5 during the day and honing his voice by night. He began his craft singing in the most popular form of the day, "Rock & Roll." Despite his vigor for the newly developing artform, his passions leaned more towards the more traditional sound of the delta… Blues. Believe you me, it didn't take him long to develop his iconic sound. While still in "The South," Willie performed on what became known as the "Chittlin Circuit" bouncin' between Mississippi, Georgia, Louisiana, North & South Carolina, Tennessee and Texas. Shortly after developing a reputation, Willie took his first trip to Chicago, the blues Mecca, where he got to meet someone he long admired... the legendary "Hoochie Coochie Man" himself, Muddy Waters. Waters was a friend of his cousin who Willie stayed with while he was in Chicago. That meeting furthered his resolve and pushed him deeper into the music scene. Willie traveled to Chicago a few more times. Though he still wasn't of age, Willie snuck into a club called Silvio's where he got to hang out with the blues masters of the time. He finally migrated to Chicago permanently in 1954.

Once here, he truly immersed himself in the Chicago Blues scene. He became a real force in the "Maxwell Street" blues Legacy which boasts of the raw blues talent that it has produced. It was also here that he made his first recording titled Talk What You Know, Don't Say What You Hear, a recording which has since been lost to time. This also marked the beginning of his overseas travel to Canada, Mexico, France and Amsterdam. Being a family man, Willie stepped back from recording new music until 1973 where he recorded a set of 45s. The A side is Get Down and Disco to the Blues and the B side is How Can I Be Nice To You. In 1975, he made another one with an A side of I Want My Baby and the B side Doing Good and Bad at the Same Time.

A few years later, in 1977, he released a full length LP titled It's Alright, It's Alright to much acclaim. It has become a rare collector's item among blues enthusiasts. Willie spent the rest of the 70s, 80s and 90s performing in such historic places as the Checkerboard Lounge, Cotton Club, East of the Ryan, Lonnie's Skyway Lounge, Robert 500 Club, the B.L.U.E.S. and Kingston Mines.

Buck released his first CD in 2003 titled I Wanna Be Loved in limited release on his own Bar-Bare Records Label. Willie was inducted in the Chicago Blues Hall of Fame in the summer of 2004. He was also honored by former Mayor Richard M. Daley with a Lifetime Achievement Award in the same year. In Willie has seen a resurgence… more like a movement in blues overseas. His music is profoundly affecting young and old alike in Europe, parts of Asia and the Middle East. "I'm glad to see the newfound appreciation of my music in Europe. I'll be heading back there real soon!" he said. In 2010 Delmark Records re-released It's Alright It's Alright as The Life I Love. This sparked a resurgence in interests for his music here in the states. He followed up with an homage to Muddy Waters titled Songs for Muddy: The Madrid Sessions in 2011. The following year, Willie graced us with the sultry sounds of Cellphone Man. His sound is one that only gets better with age. He's hoping you grow to appreciate the blues too.
Sites:
Facebook, williebuck.8m.net
Variations:
Viewing All | Willie Buck
P. Willie Buck