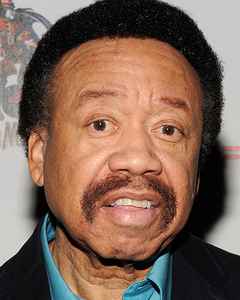 Real Name:
Maurice White
Profile:
Known to his friends as "Reese" Maurice White was an American R&B and funk singer (born on December 19, 1941 in Memphis, Tennessee, died on February 3rd, 2016 in Los Angeles). A childhood friend of Booker T. Jones he was bitten by the music bug early and after finishing high school moved to Chicago where he worked as a session musician, usually playing drums, on many Chess sessions of the early 60s.

February 5, 2016
such a sad day today, 40 years listening to the great music of maurice white and earth wind an fire RIP maurice

February 5, 2016
RIP, Brotha. I grew up listening to Earth, Wind, and Fire from my Dad's collection.