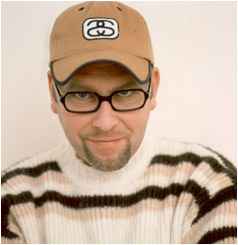 Gary D was an alias used by Gerald Malke a German trance/hardstyle producer and DJ. He started out DJ-ing at the age of 16 in 1980. The first years it was all about black music and stuff like that. In 1988, the summer of love and first contacts with House and Acid music definitely changed Gary’s style, he wanted to play at the Clubs. Hamburg based Gary got more and more involved in the House and Techno scene and started playing in a well known Club called 'Unit Club' in which he played night after night till 1994. After the 'Unit Club' had closed its doors, he moved to the 'Tunnel'.

This was the breakthrough for Gary, as it was for the 'Tunnel' Club too. He started to play more and more nationwide with big success, not only at the 'Tunnel' but also at most of the biggest German and international events like 'Mayday', 'Love Parade', 'Energy' and in many famous Clubs all over Europe.

Since 1995 he also constantly played in Switzerland in clubs like 'Alcatraz' and 'Oxa', as well as big events like 'Goliath'. At the present time Gary performes a lot of gigs in Holland, one of the biggest to mention here was 'Qlimax 2002' in the 'Thialf Stadium' (Heerenveen) in front of a crowd of 20.000 people.

Eversince Gary started playing Techno and Trance music he also produced tracks by himself. After his first single 'Acid Syndrome-Ecstasy' was launched in 1988, he started working on the first Gary D single. It turned out to be an E.P. with five tracks on it. The 'Identity E.P.' which was released on 'Container Records', a Hamburg based label, for which he produced a number of other singles and E.P.’s until he broke up with the label in 1994.

After splitting up with 'Container', Gary released a lot of stuff on 'Tunnel Records', before he signed at 'Bonzai Records' which has always been one of his favorite labels. For 'Bonzai' Gary produced famous tracks like 'Kinetic Pressure' and 'Overload' two Hard Trance Anthems until present.

The name Gary D. grew for a synonym for hard and pumping Trance & Techno.

December 18, 2016
This news is just completely shocked by what I read the posts by. I did not know that Gary died just confronted him. God rest his soul, was an icon !!
Reply Notify me 2 Helpful

October 4, 2016
We commemorate most politely mr. Gary D. – the father of D.Trance and D-Techno – for all the great years and good times. The warmest regards from Anttila TopTen – sincere condolences on behalf of all of us.
Reply Notify me 2 Helpful

This is indeed a blow to the hard trance community. Your legacy will always live on as you have always been regarded as the godfather of hard trance, from the 90s till now, youve always stay true to the genre and even spread your influence to the East. Ruhe in Frieden Gary D!