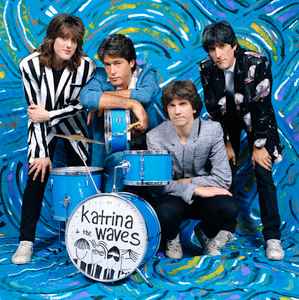 Katrina And The Waves

Their recognition began to grow when the Bangles covered 'Going Down To Liverpool', and reached its peak in 1985 with their bouncy pop hit 'Walking On Sunshine', which is the song associated with them.

Female-Fronted by Donut_Duck
Mis Artistas by Blake01492
Winning Artists of the Eurovision Song Contest (1956-2022) 🏆 by Ivo94
punk on estrogen ► 70s-80s by noinim
Bands I have Seen Live by djgurygury
Eurovision Song Contest by stassen
I SAW THEM LIVE! by Star63
Tu Cara Me Suena 4 [2015] España. by AaromGustinmondir
Artists in My LP Collection by sillypenta
80's Mega Collection by eeeben
View More Lists →