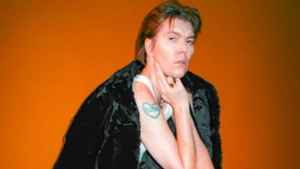 Profile:
Alex Cameron was born on September 11, 1990, and raised in Sydney. He is an Australian musician, singer, and songwriter. He is best known for his solo career, a high-concept act in which Cameron initially adopted the persona of a failed entertainer. He is also a member of Seekae. During live performances, Cameron is often joined by saxophonist Roy Molloy.

Cameron independently released his debut album, Jumping the shark, for free on his website in 2013. In 2016, Secretly Canadian reissued the album to a wider audience and growing cult fanbase.