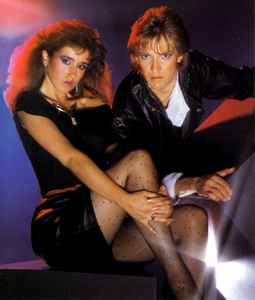 Real Name:
Pascal Languirand
Profile:
The female voice of the original recording of "Living On Video," is Laurie Ann Gill, born 18.07.1964 in Montreal.
She was never credited on a Trans-X release.

In 2006, Cerstin "Cessy" Strecker was hired to record the voice on the 2006 ZYX release of "Living On Video," and never performed live with the group.

Since 2008 and actual Trans-X girl and vocalist on the new Trans-X album is Corina Lawrence, an Argentinian girl.