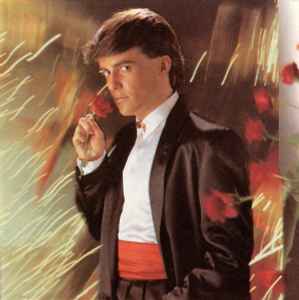 Real Name:
Jorge Cubino Bermejo
Profile:
Artist from Barcelona (Spain). Born: 22 November 1966.
He was one of the most known singer of Italo-Disco style in Spain in the 80's. He featured artists like Silver Pozzoli in some record and recorded eventually in Italy too. Originally, he sang Opera and discovered Italo Disco by "accident". He was number one in Japan with some of his hits. He performed on Japanese TV music shows too. Most of his records have been recorded on Max Music, which was (with Blanco y Negro Music) one of the biggest dance companies in Spain in that time. David (Jordi) was a fashion model too.

Since the years 90's, he has his own recording studio and dedicated himself to produce and write music with differents alias and for other artists. He wrote music for TV spots and companies like Coca Cola and Chupa Chups as well as for several others.
Sites:
jordicubino.net, Wikipedia, Facebook
Aliases:
Alex Garcia Ber, Animal Beat Productions, Cherry Coke, Chuping Dance, Crazy Horse (3), Decibella, Dr. Reanimator, Indian Cherry, Jordi Cubino, Plutonium (4)
Variations:
Viewing All | David Lyme
David Lime, David Lyne, Davidly Me, デビッド・ライム