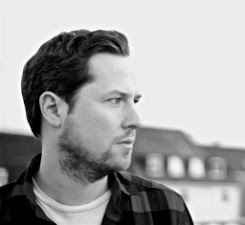 November 16, 2022
One of my personal heroes. Tonka is such a big part of my musical education (She Knows You, Get Back, Keep Klimbing, Don't Be Afraid, 84). His tracks have a way of coming in waves - at times too commercial and overplayed, then time passes and they again sound fresh. Very uplifting! He is just not going away anytime soon and i have a feeling there is much yet to come.

January 1, 2015
I am unsure what he really looks like. His photos clearly show 2 different people on the images and searching the internet also shows pics for two different people. I assume the blonde haired guy is not the actual artist, but a model used to front the artist in the early days of his career.
See 3 replies

May 11, 2003
Disco stings revisited with uplifting riffs of guitar giving wide dancability. A soulful house track putting boogie disco vs. oldskool house. Where in the world can one find tracks like this? Just look for DJ Tonka. Thankyou
d((-_-))b

March 30, 2002
Once famous for his unique and uplifting remixes, the man from Mainz now has changed his sound to a mixture between oldschool breakbeats with some piano and UK Garage